The Texas Country Music Hall of Fame has announced a new award to be given periodically honoring individuals who have given much needed support and assistance and have contributed significantly to the country music profession. Recipients for the 2016 show: James White - The man behind the Broken Spoke, the oldest and most famous Honky Tonk still in operation. For over 50 years, many legends and upcoming stars have performed there. 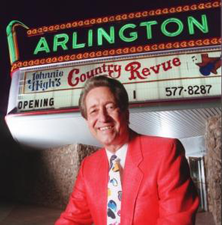